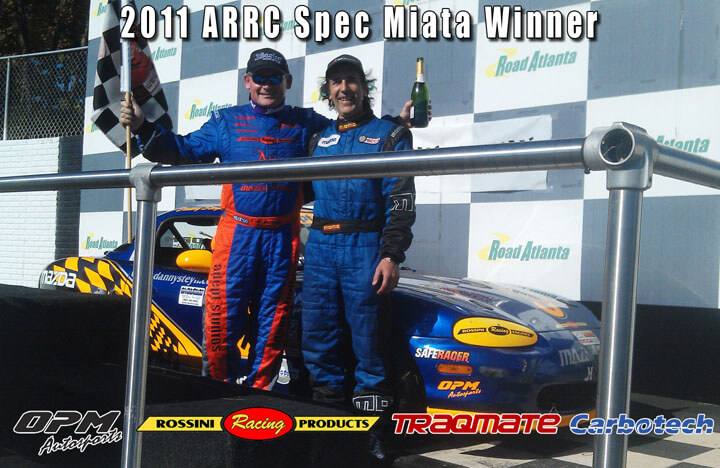 “Prior to this year’s ARRC, there was a lot of discussion on the Spec Miata forums as to what tire we should run. The ARRC has always been an open tire format, but for the past several years, Toyos were the spec tire for our class and everyone had a lot of data for the Toyos said Danny Steyn.

“On the test day we swapped each session between the Toyos and the Hoosiers and the data consistently said that the Hoosiers were at least 3/10ths faster per lap and stayed faster for the entire session. So we made the choice to run Hoosiers and I was able to put down an almost perfect lap in qualifying, running under the lap record and nailed the pole. Being able to start at the front is a huge advantage at Road Atlanta as the infield from T3 to Turn 7 is generally single file, and you don’t want to be held up there or you will lose the draft from your competitors.”

“On the first lap of the race I was unfortunately involved in an incident with Mike Collins in the lone SM5 car running in our class, and we both went off in T10B. I was able to resume and got back on the track in 14th place. We went Full Course Yellow for 4 laps for the cars and debris to be removed. I restarted in 12th, and thanks to the exceptional grip of the Hoosiers I was able to go from 12th to the front in just 3 laps, and I stayed out for the rest of the race to get a really big win for our team.”

“The confidence the Hoosiers give you is something that you cherish. To go in way deep in the turn and out brake the guy next to you, and yet still carry great exit speed, this is what makes our cars go fast.”

“Thanks Hoosier for helping me win the 2011 ARRC in Spec Miata. A big thanks to the entire team at OPM Autosports , Adept Photo Studios , Rossini Racing Engines , and Traqmate Data for all the help you gave me during the 2011 season.”

According to Steyn’s engine builder Mike Rossini….”This win was huge for us at Rossini Racing Engines. It was the culmination of an entire season dedicated to developing the fastest, most reliable fully legal spec Miata engines the class has ever seen.”

“Danny came close to pulling it off at the Runoffs, but couldn’t close the deal. This past weekend he was on fire. He qualified on pole with a time under the lap record, and in the race, after his first lap incident in T10, he was able to continue, and from all the way back in 14th place, he was able to drive himself to the front in only three laps past some of the most competitive national racers in Spec Miata. Anyone who has driven Spec Miata at Road Atlanta knows just how difficult that is. It is a real testament to our engines and to Danny’s skill behind the wheel.”

“Alex Bolanos also proved just how great our Spec Miata engines are, and what a great driver he is. He was able to take his Rossini powered 1994 Miata from 15th on the grid all the way up to 5th place by the finish” 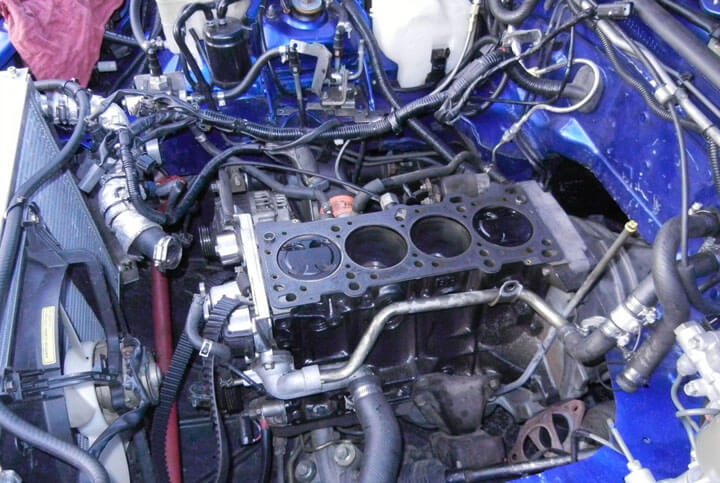 “Possibly the proudest moment for me as an engine builder” said Mike, “was watching my engine that had just won the ARRC, getting torn down at tech inspection, and passing with flying colors. Yes, you can build fast Spec Miata engines without cheating, and we have proved it time and time again!”