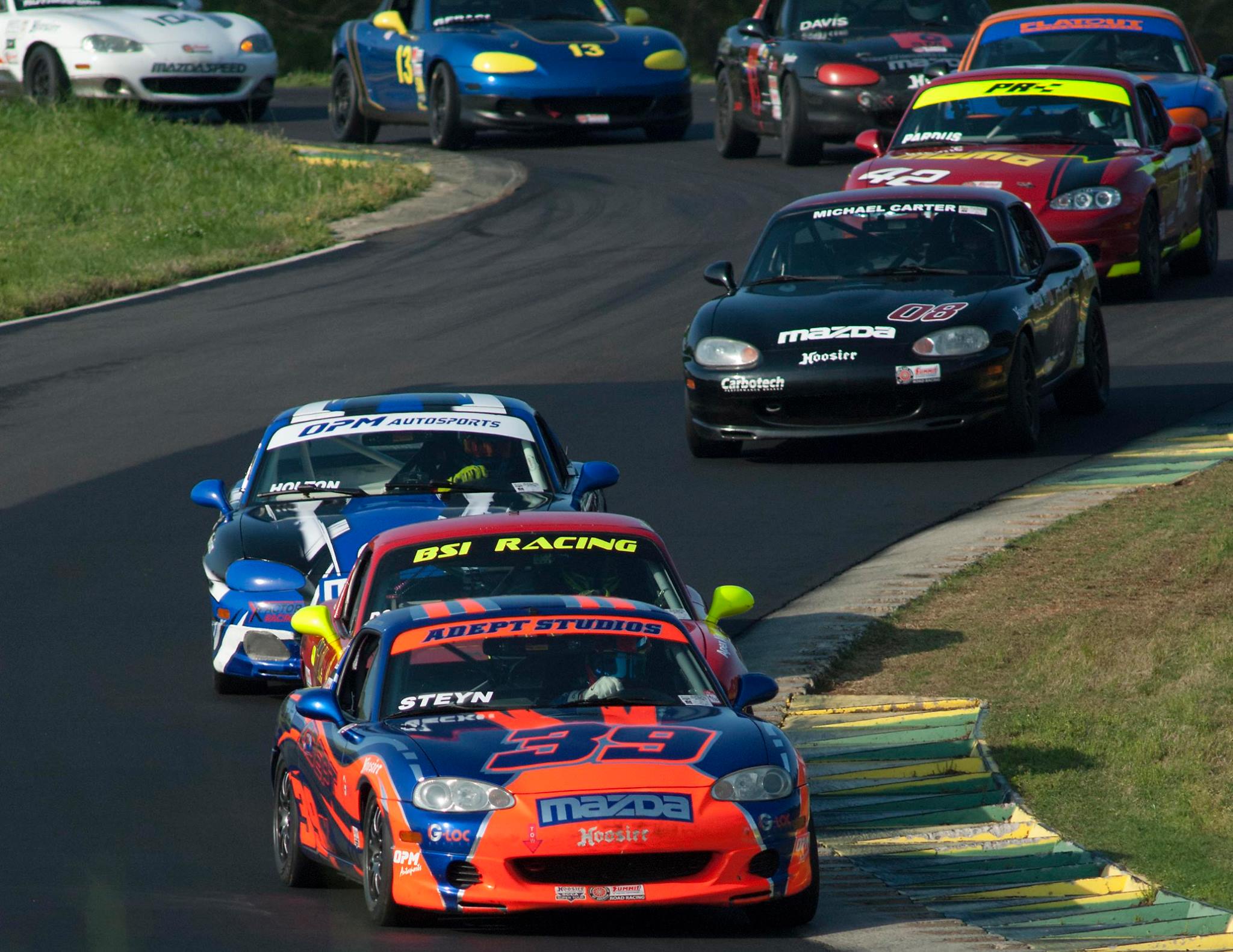 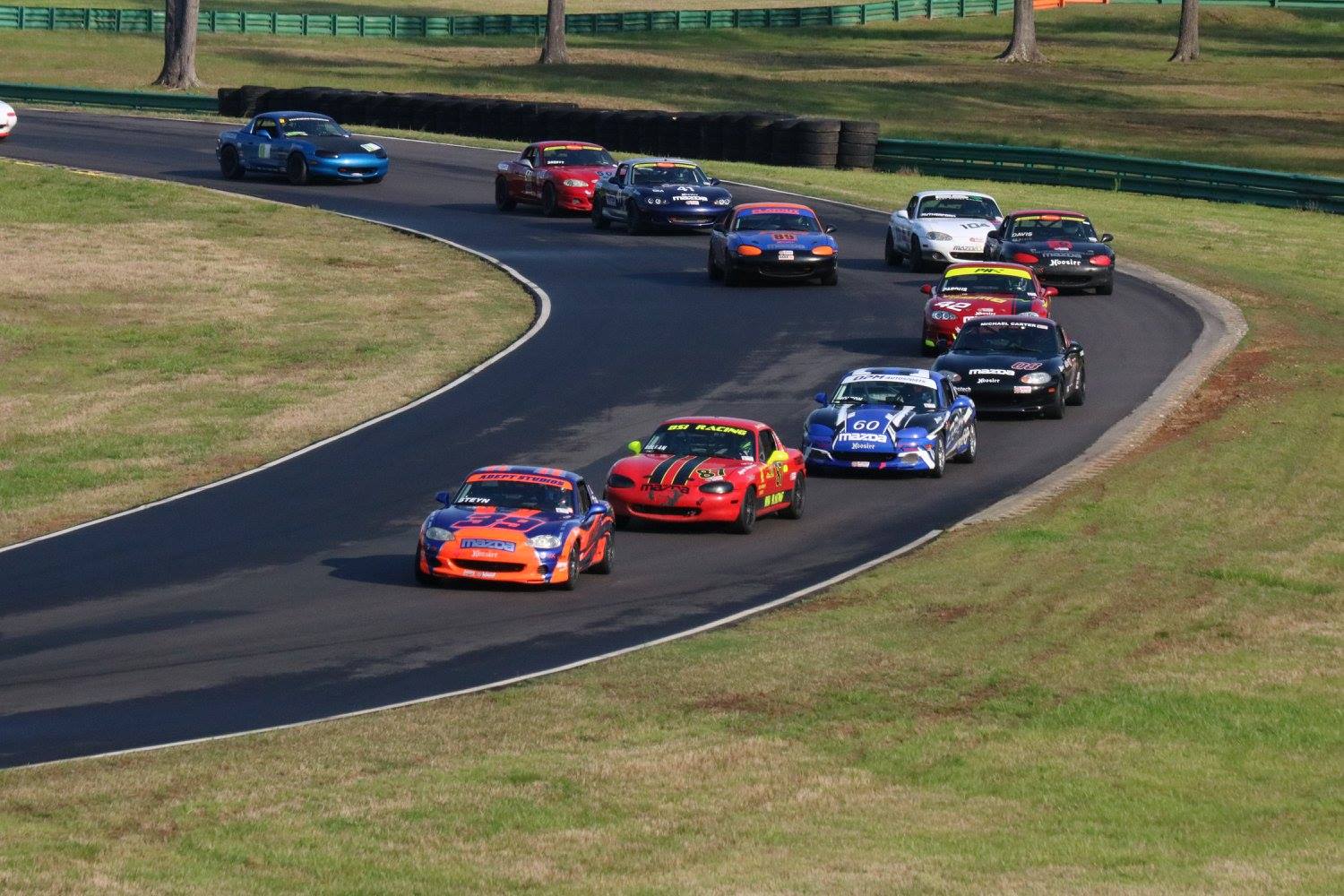 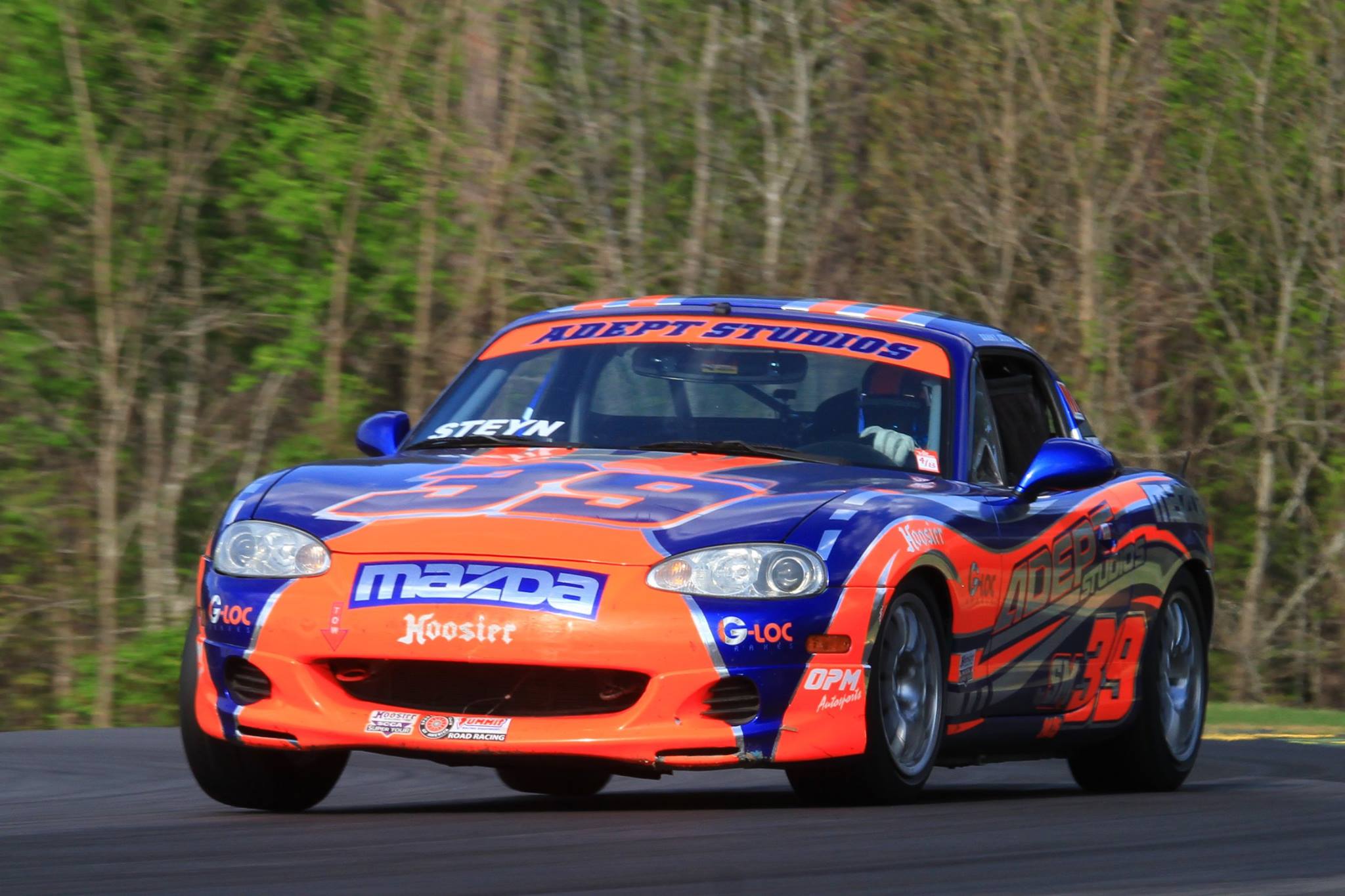 After two Qualifying rounds in the Spec Miata class, it was clear that Tyler Kicera and Alex Bolanos had committed to working together and their fast lap times of 2:14:9’s put them on the front row ahead of Jim Drago and 17 year old Rossini hot-shoe Michael Carter. Rossini team mates Selin Rollan would start in 6th and Danny Steyn in 7th.

At the start of Saturday’s Race 1, Steyn moved up one spot and got on the tail of Selin Rollan and proceeded to work together. At the front, Kicera and Bolanos worked together to build a lead over Drago and Hille. Carter eventually passed Steyn who dropped back to 7th

In Race 2, Steyn moved up to 5th place before getting hip checked by Rossini Team mate Michael Carter on the first lap in Turn 4, and this knocked Steyn back to 15th, but then at the start of the uphill esses a car just ahead of Steyn got turned sideways and Steyn had to come to a dead stop. Steyn restarted in 38th place and slowly managed to drive back up to 15th place by the end of the race.

Ride along with Danny Steyn as he gets knocked back to 38th and drives his way back to 15th!