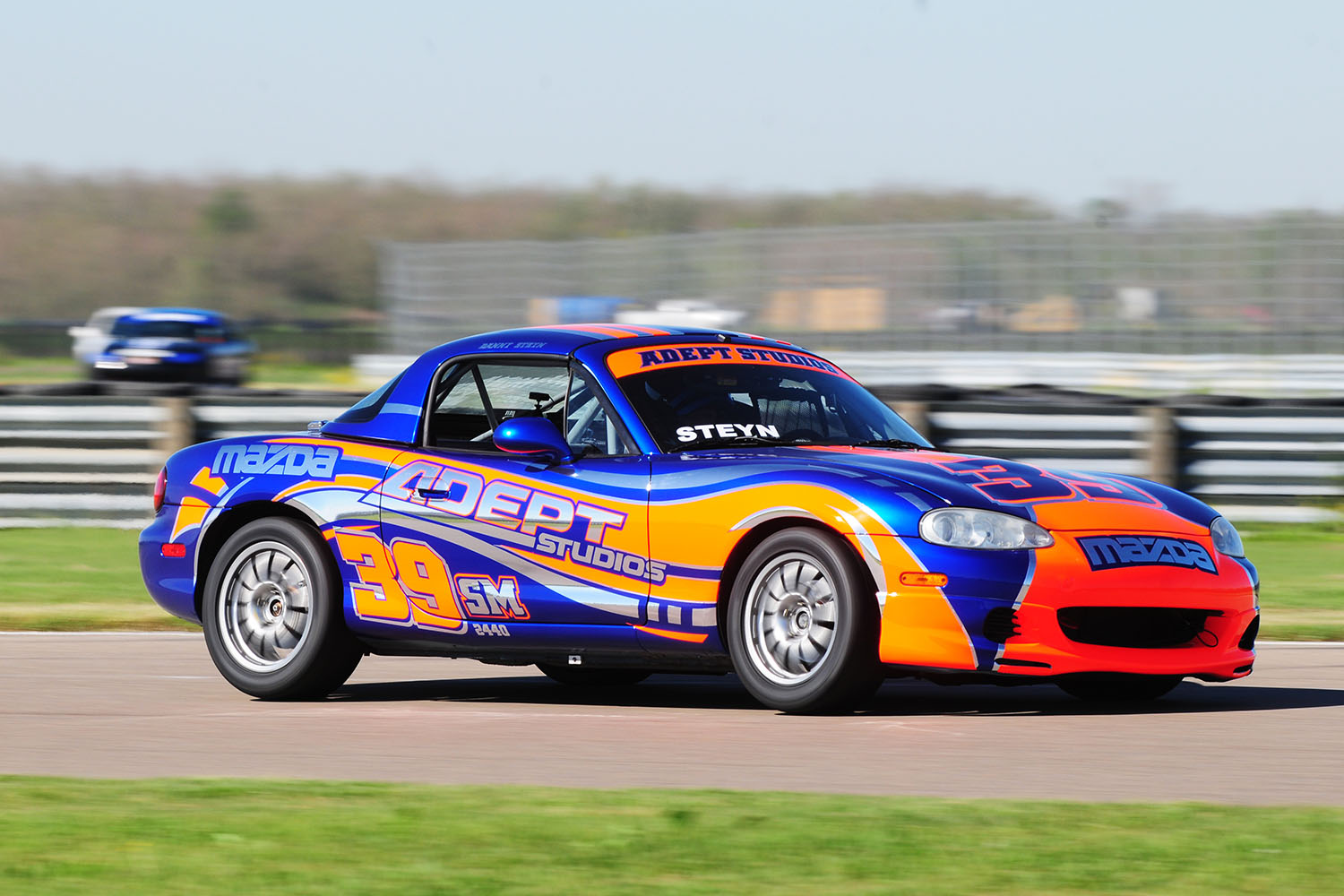 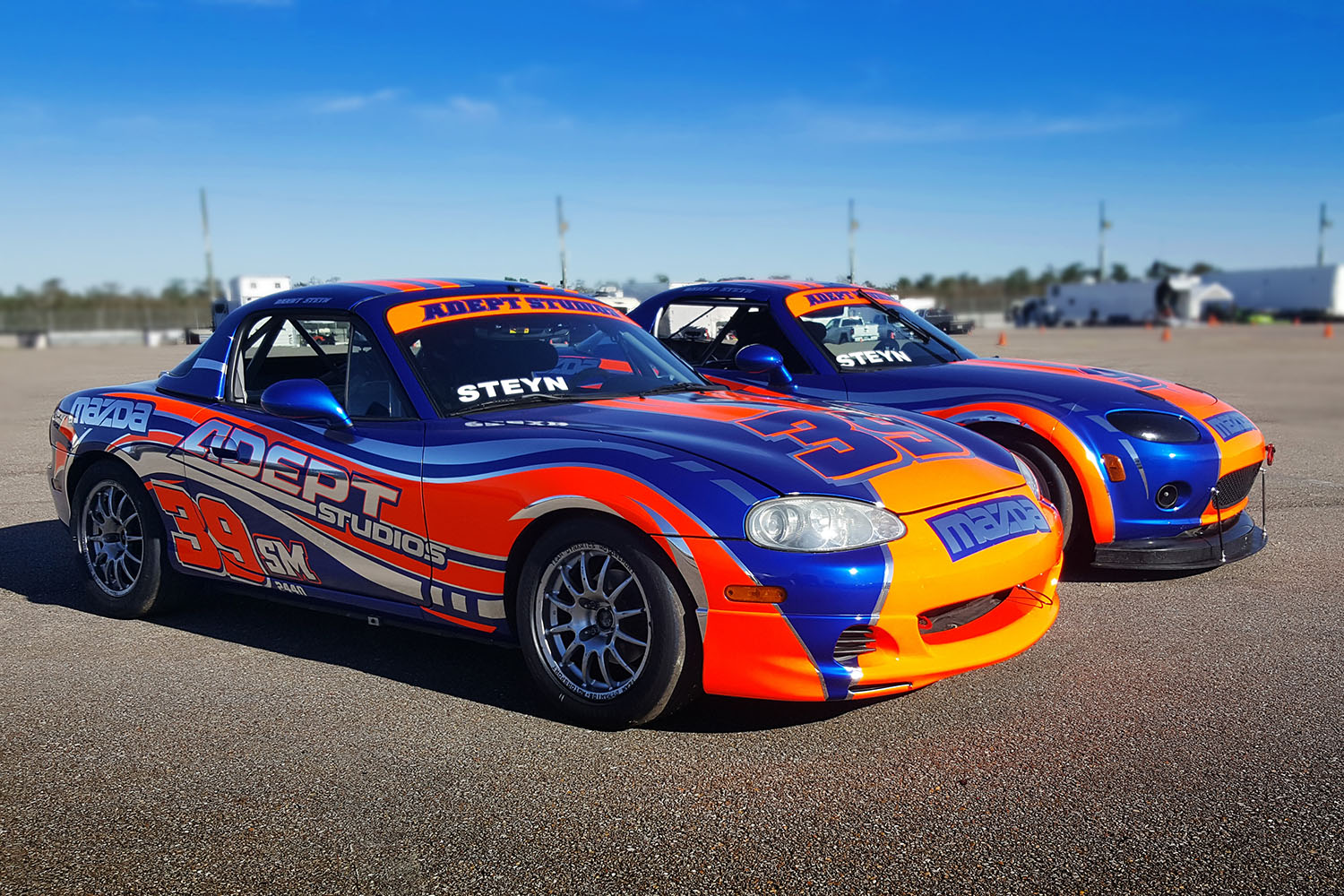 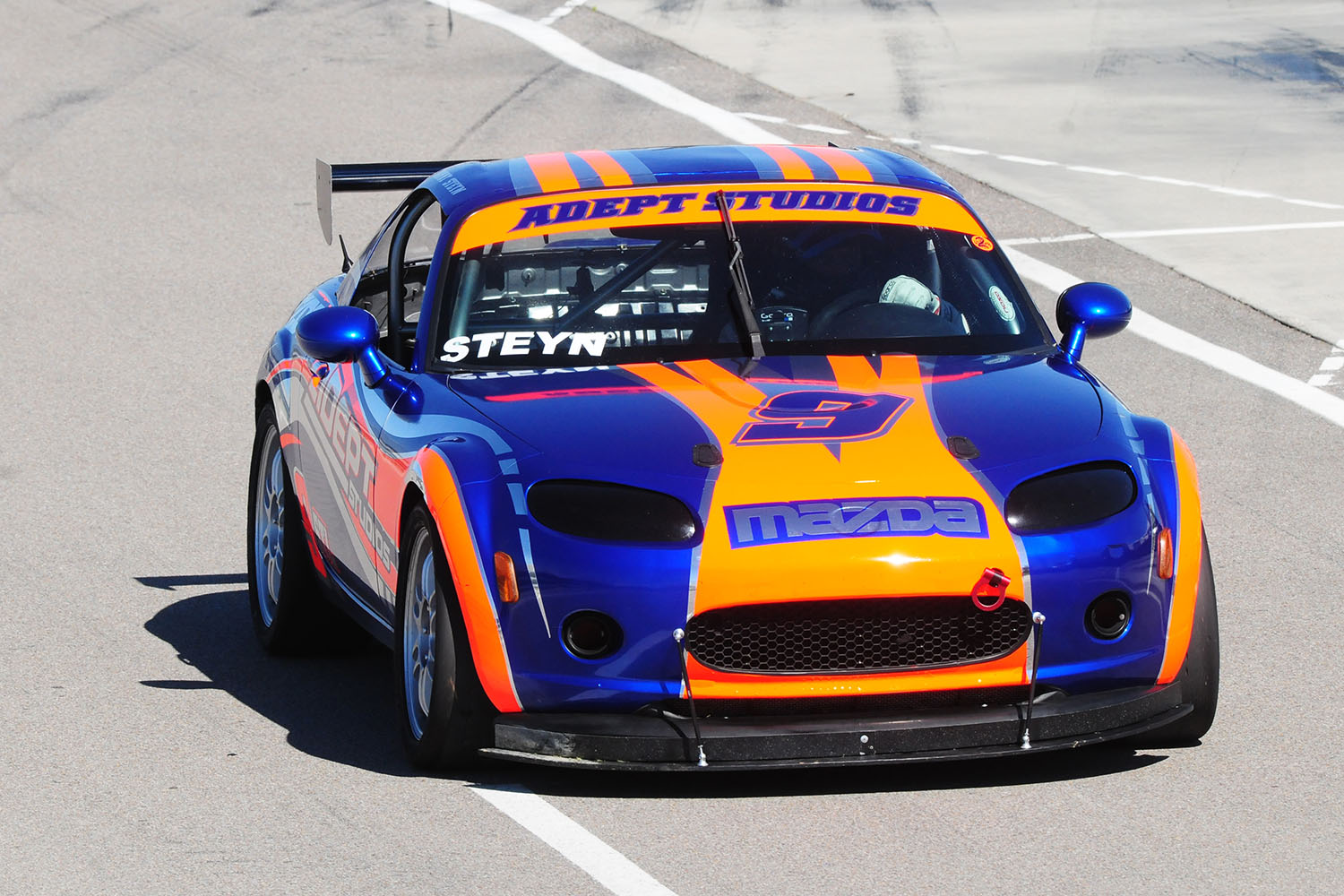 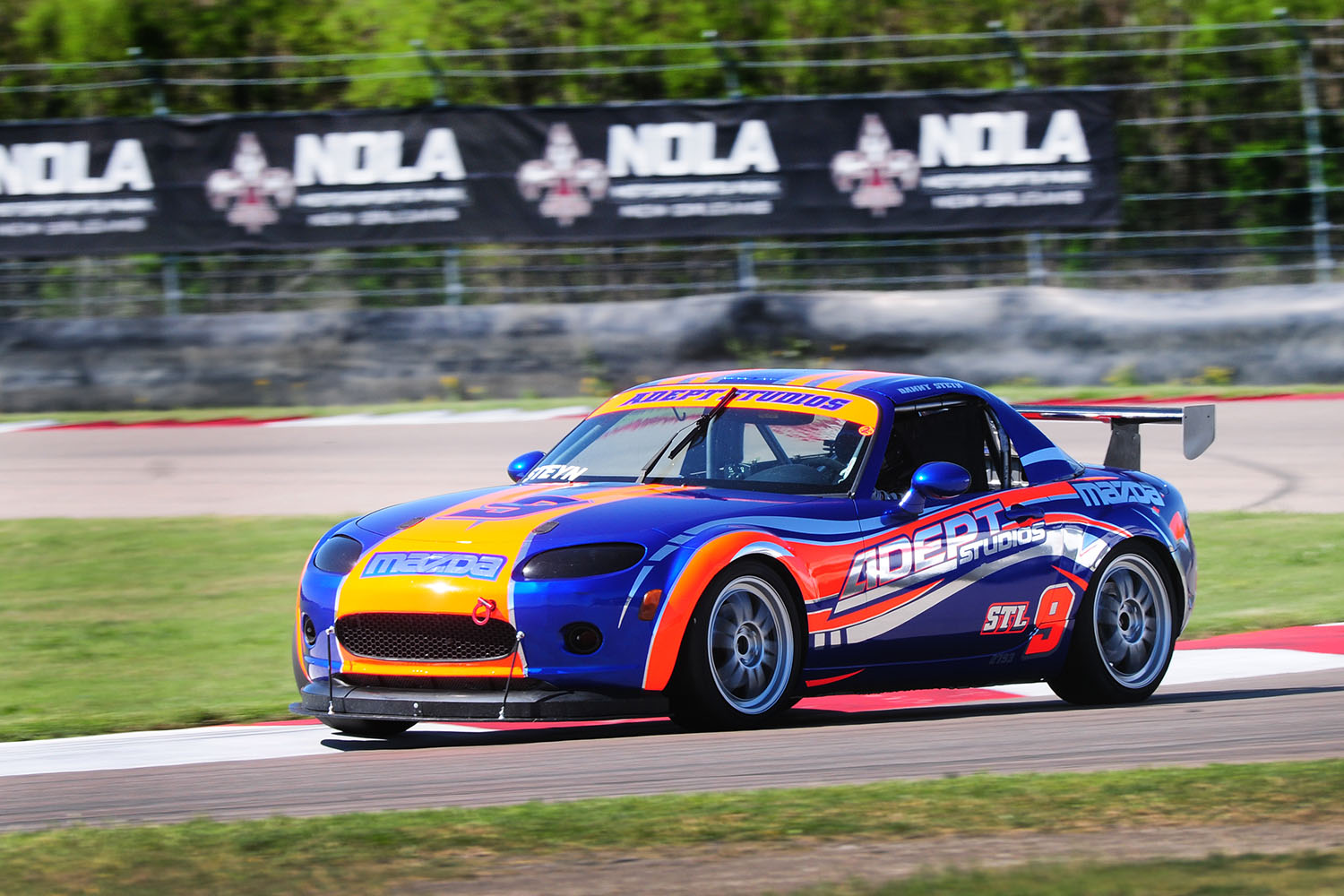 NOLA is a great criver’s track and really suits cars that handle well. If Steyn’s MX-5 car had any hope in beating the fast Hondas, this would be the track to beat them. However none of the fast Honda’s showed up so Steyn and Leverone would be able to renew their fierce on-track rivalry in STL.

Unfortunately an electrical issue prevented Steyn from qualifying, so he had to start the STL Race 1 from the back of the field. Steyn immediately went to hyperspeed passing at every opportunity, hoping to catch Leverone. In the process Steyn set a new NOLA STL Lap Record of 1:54.540, and was closing on Leverone when the track went Full Course Yellow. Unfortunately the race did not resume and Steyn finished 2nd behind Leverone.

In Sunday’s STL Race 2, Steyn’s race time put him on the pole alongside Leverone. They went through Turn 1 side by side, with Steyn getting ahead through T3. Steyn started to pull a lead on Leverone, but then Steyn’s engine started to lose power before finally letting go completely and Steyn pulled off to the side of the track as Leverone went on for the win.

In the Spec Miata Race 1, Steyn started from way back in 13th place. By being patient and capitalizing on others mistakes, Steyn moved through the field finishing the race in 7th place with the 2nd fastest race lap of the day.

In Spec Miata Race 2, Steyn had a miserable day, unable to move forward and only finished 7th place.