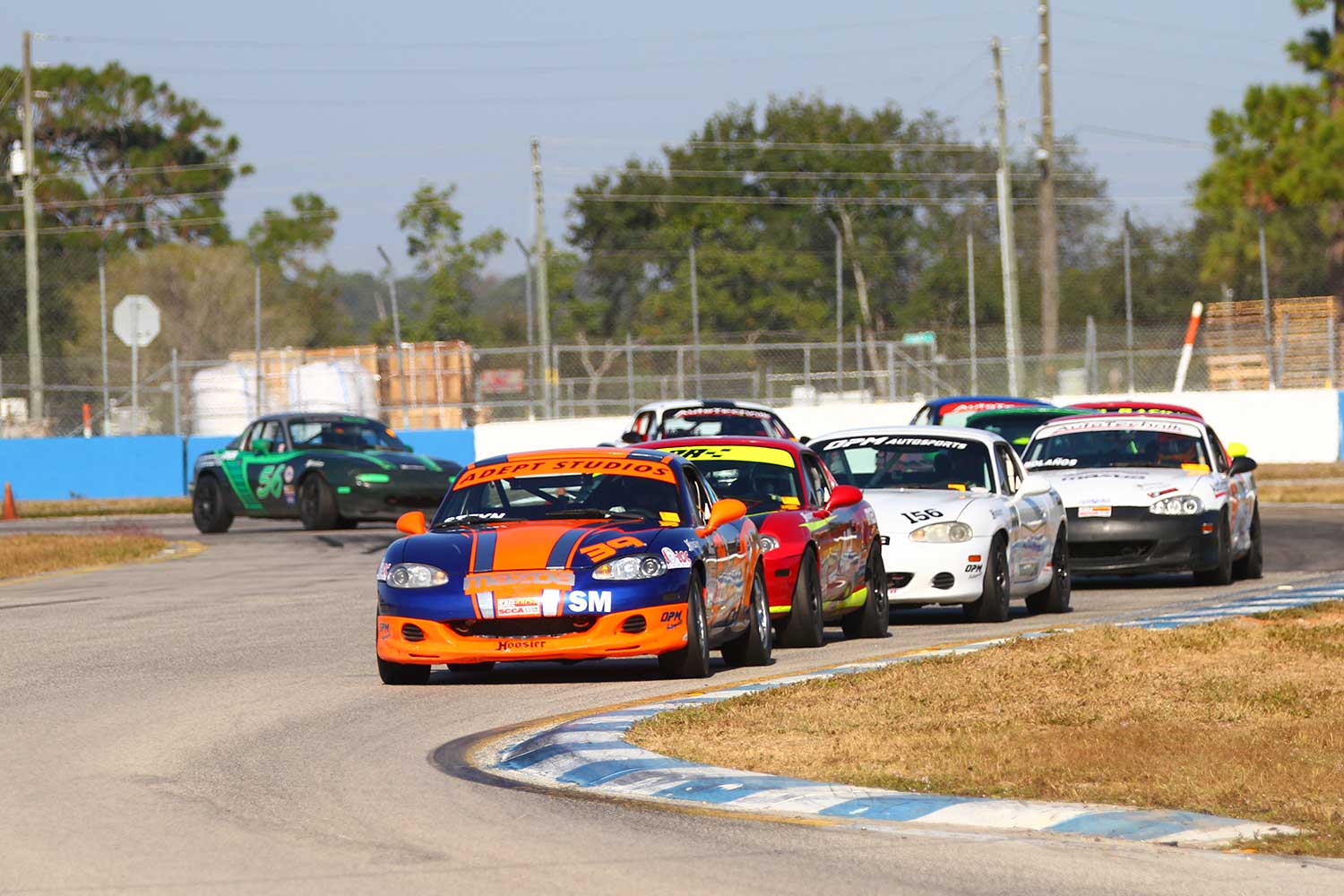 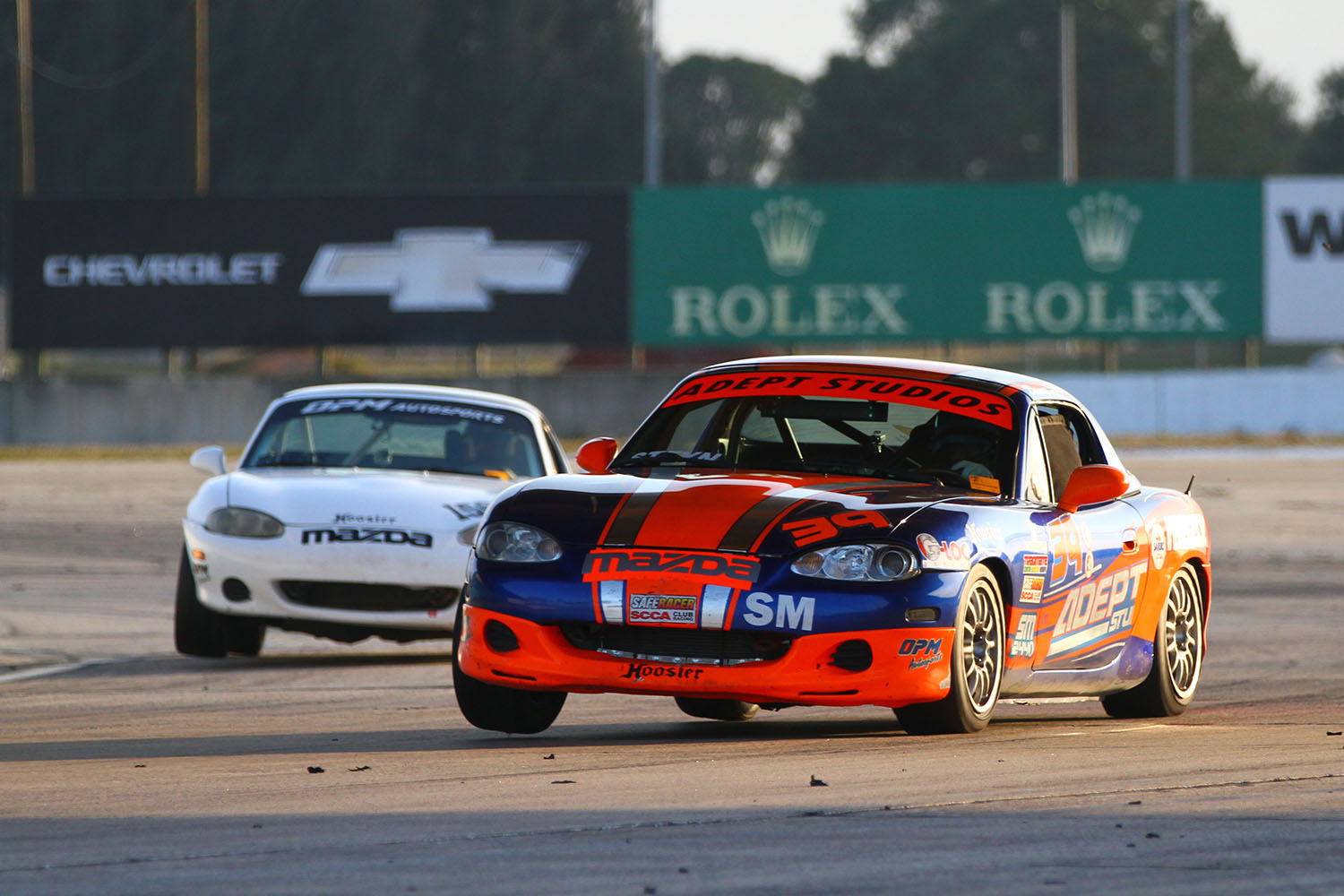 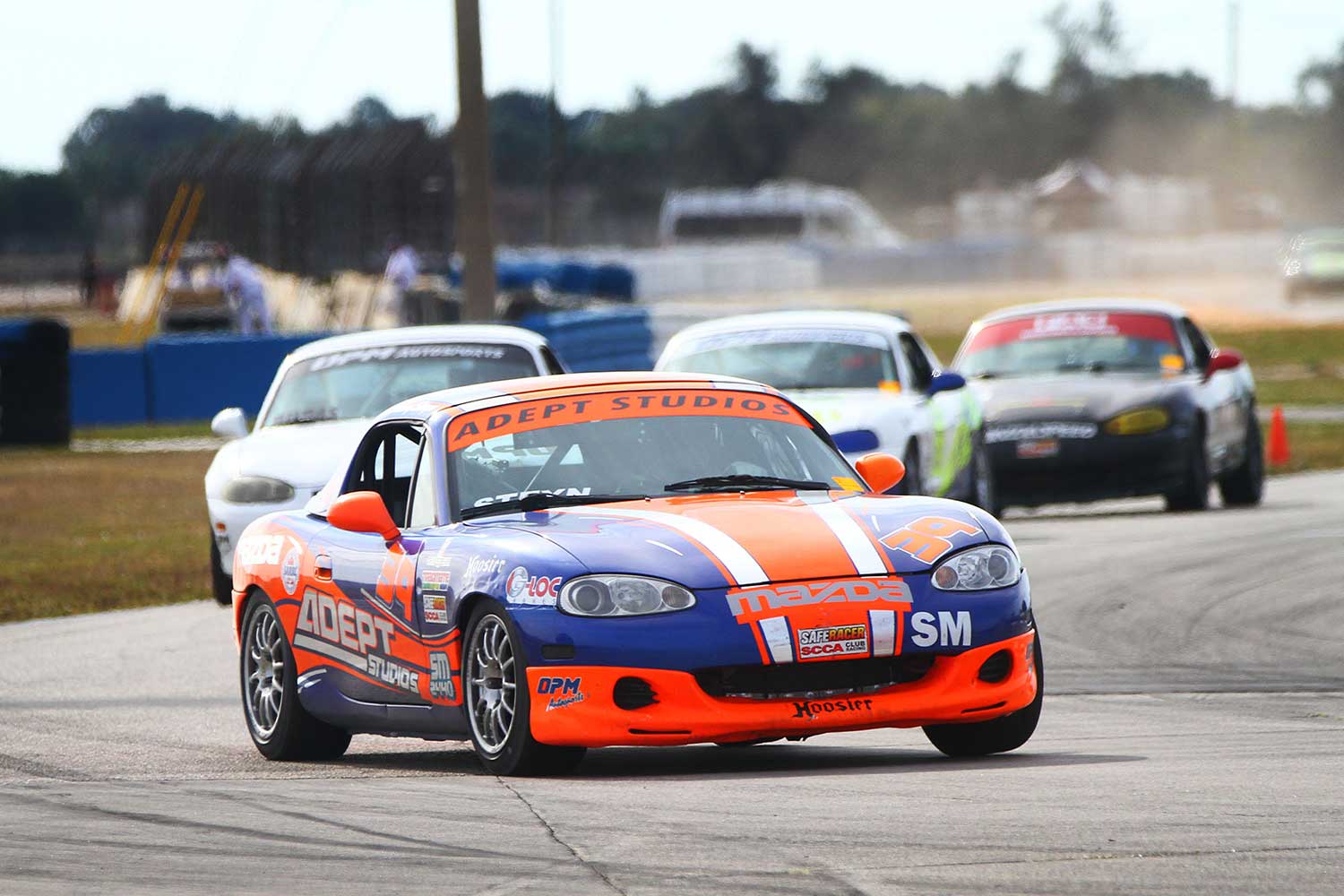 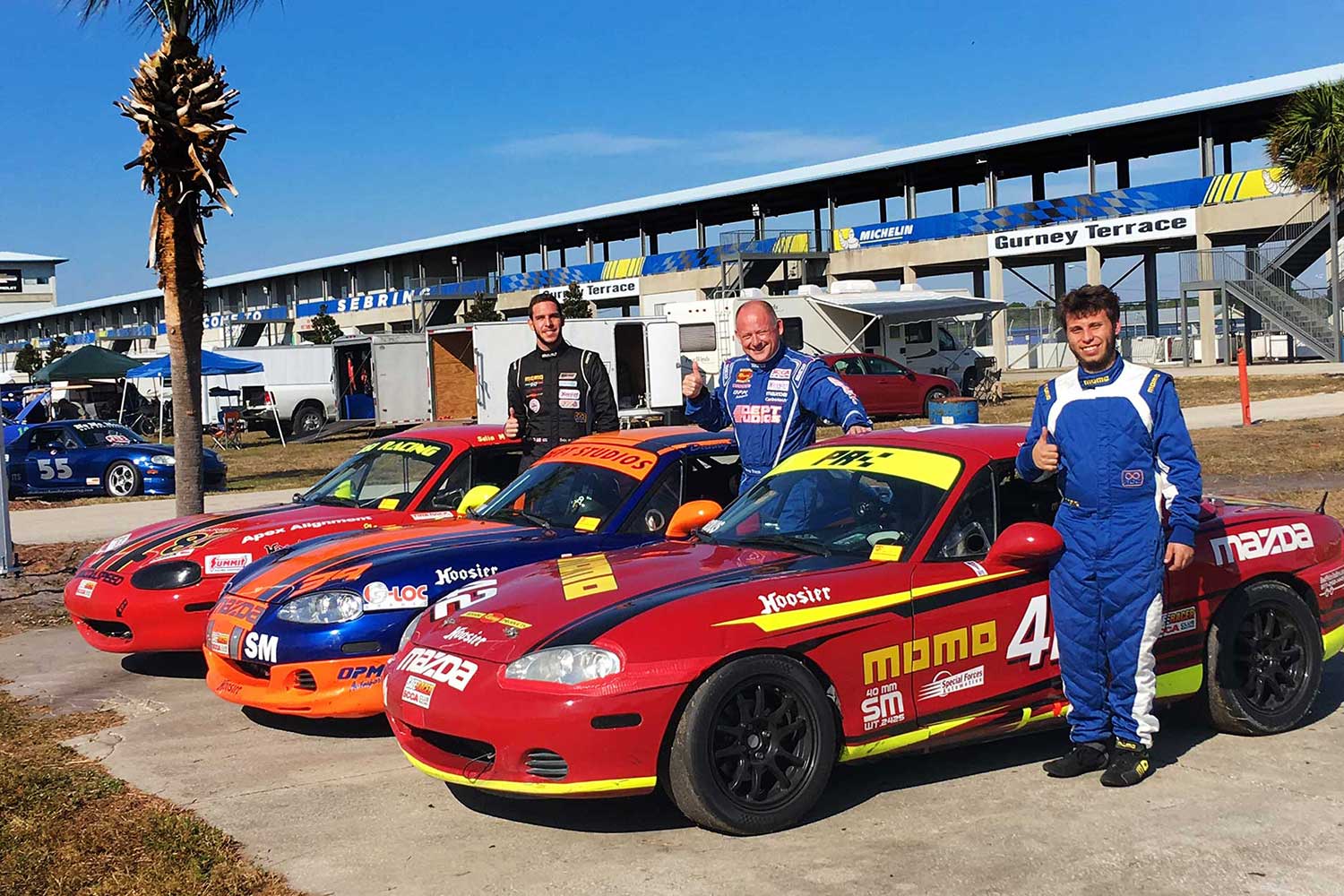 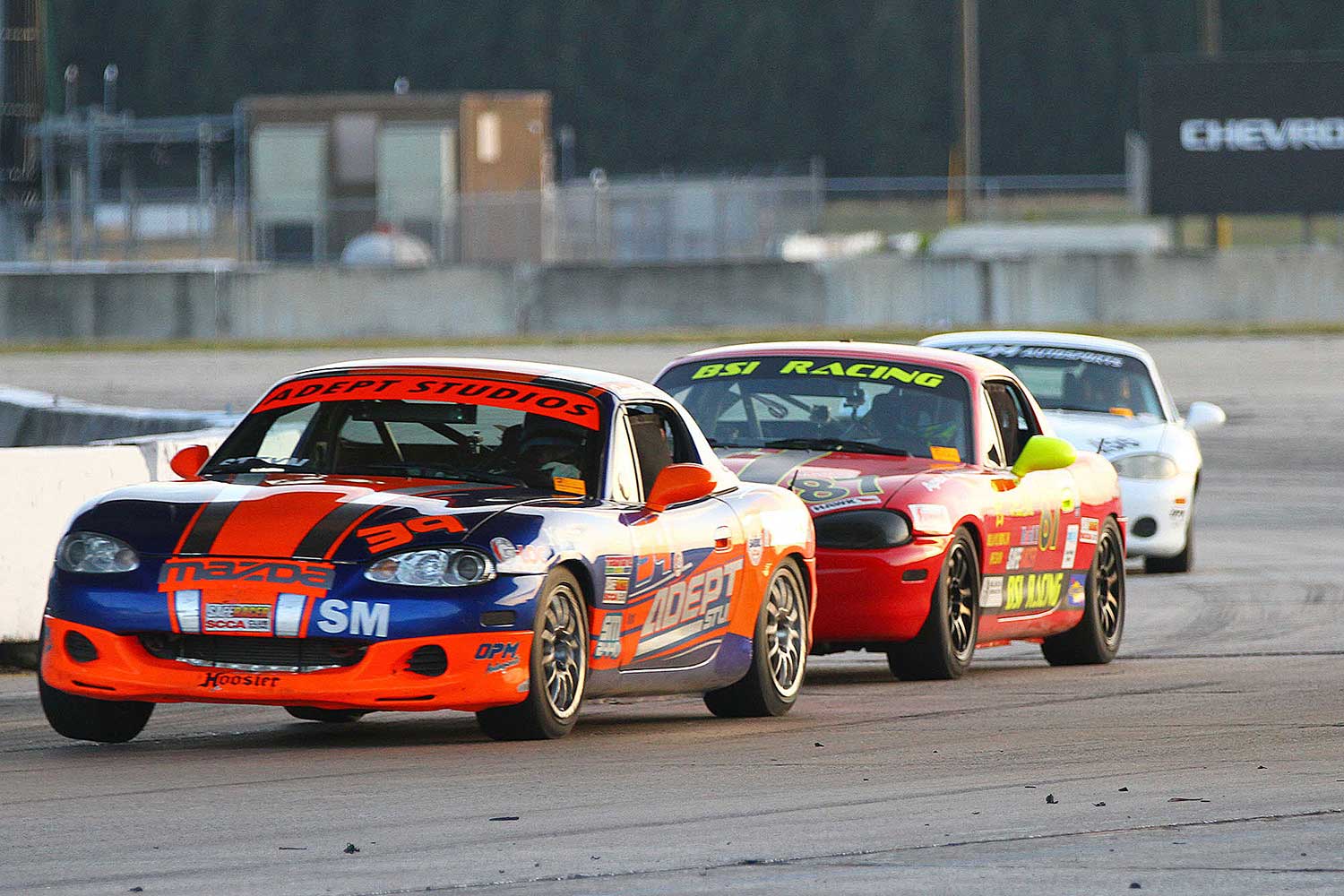 Sebring Turkey Trot – 3 poles, two victories and a lap record. What a great way to end the season!

At the start of Race 1, Steyn got to the lead ahead of Selin Rollan and Preston Pardus. On the back straight at the end of Lap 2, Pardus pushed himself and Rollan past Steyn. Steyn got back past Pardus and the three of them ran nose to tail for the rest of the lap.

Steyn got a run on Rollan and passed him for the lead on the back straight, but Rollan took the lead again by the time they got to T3. On the last lap, Rollan defended to the outside running down to T17, but Steyn was able to clear him into T17, and Rollan went for the over under, and they had a drag race to the finish

Steyn triumphed by 9/1,000ths of a second over Rollan with Pardus less than a second behind in 3rd place. The top 3 drivers were all Rossini powered.

In Sundays Spec Miata Race 2, Steyn, starting from the pole got out to an early lead with Todd Buras on his tail and the rest of the field were not in contention. Steyn managed to put a gap on Buras, but as the race progressed to the half way point, Buras started to close in on Steyn

With four laps to go Buras had closed in on Steyn and Buras and Rollan was closing fast. Buras got alongside Steyn several times and was finally able to complete the pass coming into T3 on the 2nd last lap. Steyn pressured Buras the entire lap, and got past him on the back straight. By now Rollan was on their bumper. Rollan passed Buras into T3 and started to pressure Steyn, but Steyn was able to hold him off and they finished with Steyn first, Rollan second and Buras third.

In the STL race, Steyn qualified his Mazda MX-5 on the pole and then set a new Sebring STL Lap Record of 2:28.474 before retiring with engine issues

3 poles, two victories and a lap record. What a great way to end the season