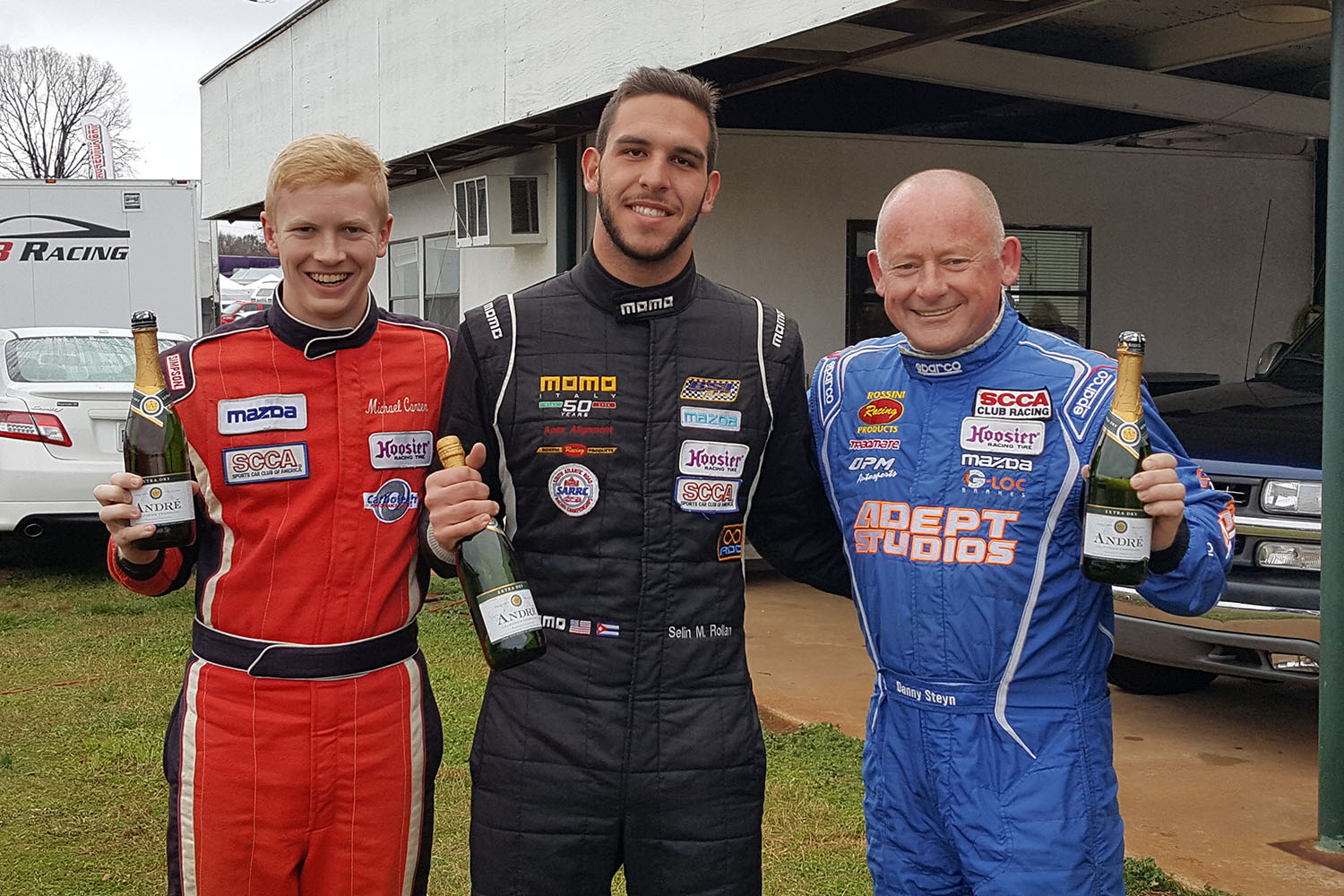 Road Atlanta is pretty much Danny Steyn’s home track and he has driven several thousand laps around this historic race track over the past 10 years. Steyn qualified his Rossini built and powered Spec Miata on the front row, alongside Rossini team mate Michael Carter.

In Race 1, Selin Rollan slid in behind Michael Carter going into Turn 1, relegating Steyn to 3rd place. They circulated bumper to bumper for the first three laps when Rollan and Carter working together managed to pull a few car lengths lead on Steyn. A few cars got involved in a Turn 1 incident bringing out the full course yellow for a few laps while the cars were cleared. On the restart, the same three ran bumper to bumper and Rollan made a pass under Carter to take the lead. Steyn fell back into the clutches of Preston Pardus but was able to hold onto 3rd place behind Rollan and Carter. With Pardus in 4th place, the first four cars were all powered by Rossini Racing Engines.

Sundays Race 2 started in slightly wet conditions. At the start Steyn managed to get past Carter for the lead through Turn 1. ON lap one, at the exit of T10, Steyn, Pardus and Rollan went three wide under the bridge, in the rain, heading down the hill to T12. Two laps later Steyn got passed Pardus and started closing the gap on Rollan. Lap after lap Steyn applied the pressure to Rollan, but to no avail. With 5 minutes of race time to go, they suddenly through the last lap flag and Steyn had to up his game. On the last lap Steyn pulled alongside Rollan going down the back straight, their wheels touched and Steyn almost got turned sideways. Steyn and Rollan went through T10A/B side by side but Rollan held on for the win with Steyn finishing 2nd and Pardus 3rd. Once again the first three cars were powered by Rossini Racing Engines.